(Disclaimer: This post starts in the style of Scrooge and positively melts into Christmas wonder by the end… i.e. Bound to please no one.)

So is it my imagination or is everyone getting Christmas-crazy incredibly early this year? Now wait a minute, lest I lose you at this point already… I’m not talking about Christmas Adverts appearing on the telly in late September to wide derision, such as my husband loves to moan about, or the usual decs in shops going up mid-November. I’m talking You and Me, the average Mr and Mrs in the street, students, professionals, families, all starting up the festivites pre-December and being fully tree-ed up, decorated and ready-to-go before I’ve eaten my first advent calendar chocolate. I went out today, OK maybe 24 hours too late, to buy my boys their advent calendars, and from my lunchtime coffee until the bus home for tea, I passed person after person carrying Christmas trees and bags of presents down the Finchley Road. Sainsburys, Waterstones and WH Smiths had all completely run out of advent calendars… Does NObody out there forget every year like me?? Thank goodness for the eminently sensible and civilised people at Waitrose who keep their shelves properly stacked and had lovely Snowman ones and plenty of Lindt reindeer. Sometimes it’s worth letting slip the mask of pretence that I’m not prematurely middle-aged, upwardly-mobile upper middle-class and owning up that I just make myself shop in the O2 Centre but secretly yearn for John Lewis. Sainsburys just had a scrum of people stocking up on already depleting supplies of cheap-looking baubly things and a few mangled Mars Bar calendars with some doors ripped opened but otherwise empty shelves. I’m not that desperate and I like to shop somewhere that doesn’t force me into panic-buying. So for the rest of December I’m going to be raising my loyalty-card-holding hand up and shouting, “I LOVE WAITROSE!” to the skies. So sue me. 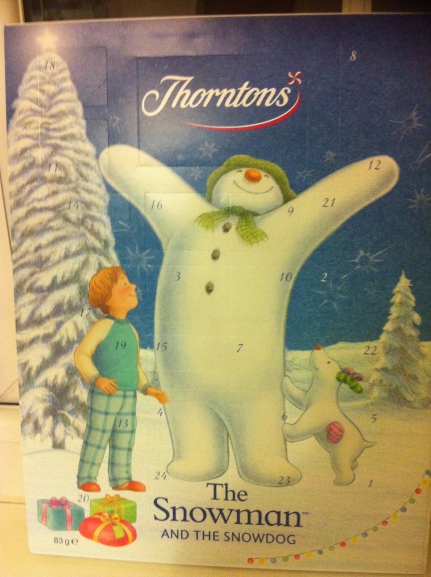 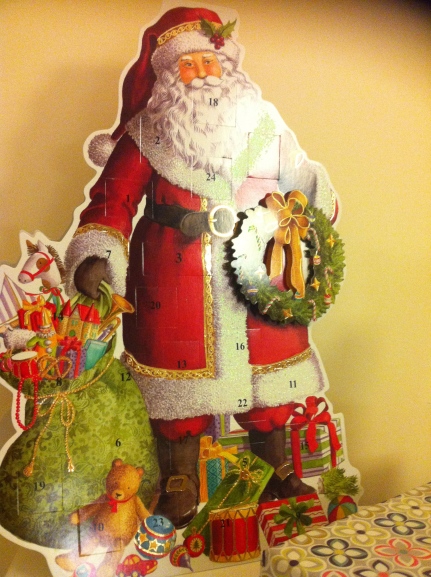 Anyway, we found two Snowman calendars in the nick of time before an about-to-be-distraught Gabs started to cry and I got a lovely traditional-style picture one with Father Christmas and only a tasteful amount of glitter on – something I regretted later when the boys opened theirs and I didn’t have any chocolate. I thought I was adult enough to deal with that but apparently not. By this time we were exhausted from walking from shop to shop searching for the holy grail of calendars and  all the trees and lights and possible present ideas leaping off the shelves at me started to suck me into the whole early-Christmas thing. Heck, it’s been a long and challenging year and now I’m older and tired-erer-er, time passes faster – I’m ready for sparkly lights and mulled wine… Bring it on!

So we had a little light dinner in Yo Sushi as a kind of “Yay! It’s December!” treat… 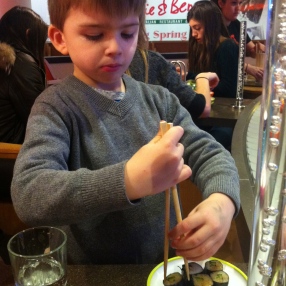 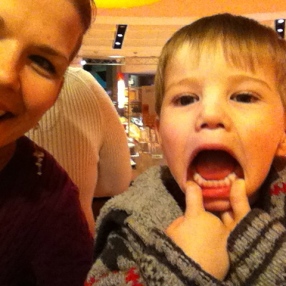 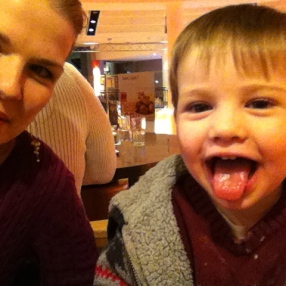 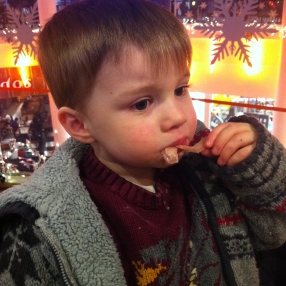 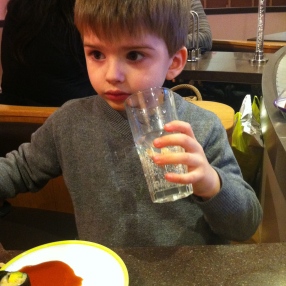 …bought Gabs some new felt-tip pens as his two hours a day of obsessive solar-system drawing wears them out, and squeezed onto the bus home.

It’s not exactly decorated, but our kitchen feels a trifle Christmassier than before and while I made dinner with a glass of prosecco we listened to some of my favourite carols:

I have to confess that there have been years where I’ve listened to ‘Carols from Kings’ on my iPod in secret from about late October onwards in bursts of forward-looking, won’t Christmas be great when it gets here induglence… But I had the decency to hide it and even in years when I reigned myself in until the beginning of advent I still got told, “Turn it off, it’s too early!!” So I reeeeally don’t think I’m imagining this pronounced shift in cultural norm when I scroll down my facebook feed and see ten or more pictures of my friends’ kids gazing wistfully at their magically-lit trees and work Christmas party photos… Yes, that’s right… Christmas parties that have ALREADY HAPPENED, meaning they must have happened in November. (Really? You’re going off work now?!) You know it’s a bit bonkers when I – childlike, excitable little elf at Christmas time that I am, who usually has to pretend not to be in the Christmas spirit already, tutting and rolling my eyes at the jingly music with the rest of them – find myself completely behind. Behind with the presents and the decorations and the merriment and the tasty mince-meat related foods. But for the most part, I quite like this new trend. I’m bored of the recession and being drab and complaining about the weather and now December can be a long, steady steam-roller of a relaxed journey into Christmas, with more time to chill and enjoy it all in between bursts of organising, and rather less of the “no, not yet.. no, no it’s too early, no, turn off those carols…OK, it’s NOW! Go, go, go!” panicking that gets foisted on me every other year.

One thought on “1st December”